“World class opera in a medieval lakeside castle, under the barely setting sun of the magical Nordic summer — this is only possible at Savonlinna Opera Festival.”

First-class opera in a medieval castle

The Savonlinna Opera Festival is Finland’s premiere cultural event. World renowned for its high-quality opera performances and concerts, every summer it brings music lovers from across the globe to the charming lakeside city of Savonlinna. The month-long festival is held in Olavinlinna, a towering medieval castle by Finland’s largest lake. This creates a uniquely dramatic ambiance for its 70 000 visitors. Once inside, festival-goers are dazzled by classics and rarely seen works as well as world premieres and visiting productions from esteemed opera houses like La Scala and the Bolshoi Theatre.

Built in 1475, Olavinlinna Castle is the world’s northernmost medieval castle still standing. Set on an island amidst the breathtaking beauty of Finnish Lakeland, during the festival, it’s illuminated by the white nights of the Finnish summer. Combine the castle’s extraordinary atmosphere with its excellent acoustics and covered auditorium in the courtyard, and it’s easy to see why the festival promises such an unparalleled opera experience.

A summer paradise in the Finnish Lakeland

Savonlinna is located in southeast Finland in the heart of the Finnish Lakeland, Europe’s largest lake district. Built on a series of islands, the city is known for its tumultuous history near the Finnish border and its rugged nature. As a visitor, you can explore the area’s abundance of lakes, forests and wildlife, such as Lake Saimaa’s rare species of freshwater seal, the Saimaa ringed seal. 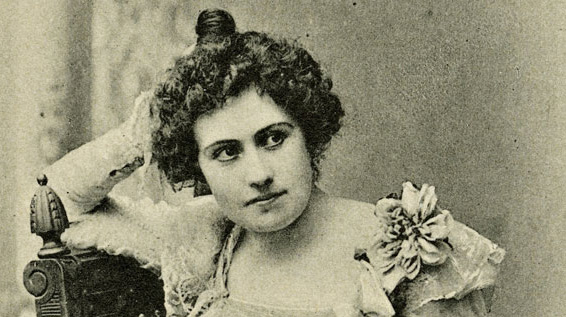 One of the world’s first opera festivals

When world famous Finnish soprano Aino Ackté first visited Olavinlinna Castle in 1907, she knew it would be the perfect place for an opera festival. In 1912 Ackté’s vision became a reality and the first Savonlinna Opera Festival was held that summer, making it one of the first opera festivals in the world.

The birth of the Savonlinna Opera Festival ties in closely with the emerging Finnish identity and Finland’s striving for independence at the beginning of the 20th century. Attending a political meeting in Olavinlinna Castle in 1907 (the year in which Finland democratically elected its first Parliament by universal suffrage), the Finnish soprano Aino Ackté, already famous at opera houses the world over and an ardent patriot, immediately spotted the potential of the medieval castle built in 1475 as the venue for an opera festival. The romantic castle set amid lake scenery of ‘supernatural beauty’ could not, in her opinion, fail to impress all who beheld it and was thus the perfect stage for the Finnish music just bursting into flower.

The first Opera Festival was held in summer 1912. Aino Ackté did as she had promised and turned the castle into a stronghold of operatic art. Five operas were performed in the castle over five summers – virtually all the ones so far composed in Finland. In 1930 the Festival went on to stage its first world premiere, the Singspiel Talkootanssit (The Village Dance) by Ilmari Hannikainen. The only opera by a non-Finnish composer was Charles Gounod’s Faust; a natural choice in that the leading female role of Marguerite was one in which Ackté had excelled on the world’s great opera stages. Her magnificent plans were, however, soon dashed by the First World War, the Russian Revolution, Finland’s Civil War and the ensuing economic difficulties, but news of the Festival had already reached opera lovers in other parts of the world. 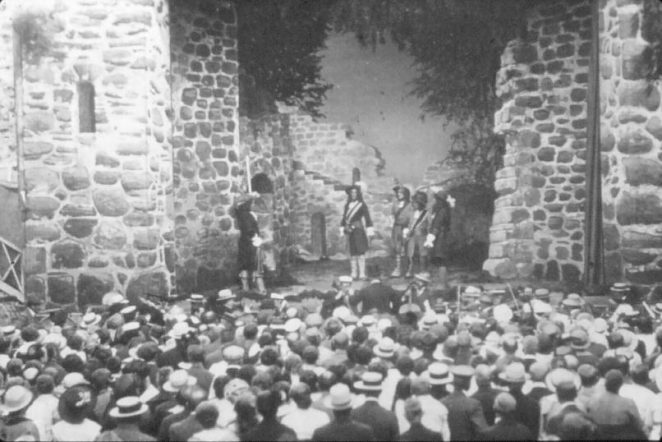 The Opera Festival tradition then lay dormant for close on four decades. The first plans for its resurrection were made in the early 1960s. The Savonlinna Music Days held from 1955 onwards had introduced an opera course in 1962 and one of the teachers on the course, the Viennese Kammersänger Peter Klein, suggested that Olavinlinna Castle would be perfect for an opera-course performance. Over several summers the idea matured in the minds of not only Peter Klein but also of Savonlinna opera activists Viljo Virtanen, Pentti Savolainen and Pertti Mutka.

The ideas and plans of this Finnish-Austrian quartet became increasingly ambitious and the four finally decided on a performance of Beethoven’s Fidelio with two casts: one of students on the course and the other of top Finnish soloists. The years of planning culminated in 1967 in the televised premiere of Fidelio to a packed auditorium in the castle courtyard. Honouring the occasion with his presence was the then President of Finland, Urho Kekkonen. The Savonlinna Opera Festival had made a superb come-back!

Over the years, the Savonlinna Opera Festival has grown from a one-week event into an international festival lasting a month. Each year it performs to a total audience of around 70,000, and almost 10 per cent from abroad. Savonlinna has become a byword among opera lovers the world over. Its artistic standard was already attracting widespread interest and admiration back in the 1970s, due greatly to the unstinting efforts of its Artistic Director, the world-famous bass singer Martti Talvela, to achieve the same objective as Aino Ackté in her day: to place Savonlinna on an artistic par with the great European festivals while presenting the world with Finnish opera at its very best. 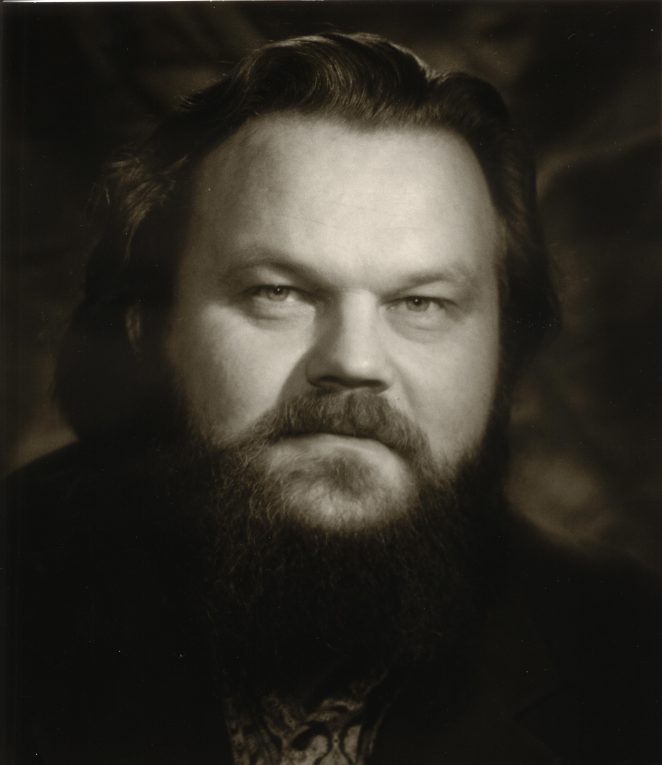 Thirteen operas have had their premieres at the Savonlinna Opera Festival since 1967: The Horseman (1975), The King Goes Forth To France (1984, commissioned jointly by Covent Garden and the BBC) and The Palace (1995) by Aulis Sallinen, The Knife (1989) by Paavo Heininen, Aleksis Kivi (1997) by Einojuhani Rautavaara, and the unique three-act Age Of Dreams (2000) by Herman Rechberger, Olli Kortekangas and Kalevi Aho. The 2007 season saw the premiere of the opera Daddy’s Girl by Olli Kortekangas marking 100 years of Finland’s Parliament, and the 2008 season the third and last part of the trilogy based on the books by Mauri Kunnas: The Seven Dog Brothers by Markus Fagerudd.

In summer 2012, the Savonlinna Opera Festival celebrated its 100th anniversary with not one but two premieres, both pioneers in the Festival’s programming. Kimmo Hakola’s La Fenice was the first Finnish opera with a libretto in Italian, and Free Will, sung in English and created and for the most part realised by the international Opera by You platform was, by nature of its unique genesis alone, the most international opera project of all time.

Then in summer 2004 the Festival took a significant artistic step on staging the family opera The Canine Kalevala by Jaakko Kuusisto. This was followed in 2006 by another family opera, One Spooky Night by Jukka Linkola. The 2007 season saw the premiere of the opera Daddy’s Girl by Olli Kortekangas marking 100 years of Finland’s Parliament, and the 2008 season the third and last part of the trilogy based on the books by Mauri Kunnas: The Seven Dog Brothers by Markus Fagerudd. In 2013 was the year of the Opera festival’s fourth family opera, The Seal by Timo-Juhani Kyllönen. The latest world premiere so far, 15th altogether, was a musical chronicle The Castle in the Water by Aulis Sallinen in 2017, the year Finland celebrated its 100th anniversary of independence.

Each year the Festival has, in addition, staged its own productions of leading works from the classical operatic repertoire. August Everding’s legendary direction of Mozart’s The Magic Flute has become the flagship production of both the Savonlinna Opera Festival and of Finnish operatic art in general. Between 1973 and 2014 it was on the programme for 24 summers and has been seen by at least two generations of opera audiences.

Visiting opera houses from all over the world
Savonlinna Opera Festival has also been host to foreign opera companies since 1987. The first of these was the Estonia Theatre from nearby Tallinn. Over the years Savonlinna has welcomed guests from all over the world, from Asia to Europe and the United States, opera houses such as Bolshoi Theatre of Russia from Moscow, Royal Opera House – Covent Garden from London, Semperoper Dresden, Mariinski Theatre from St. Petersburg, Teatro Massimo from Palermo and The Royal Swedish Opera. In 2019 there were two visiting opera houses; Teatro alla Scala from Milan and Volksoper Wien. In 2021 the visiting opera house will come from Rijeka, Croatia.

Own visits to other opera houses
The Festival has likewise taken some of its own productions abroad. Its highly-acclaimed Flying Dutchman visited Spain in 1997, and Rautavaara’s Aleksis Kivi went on tour to France in 1998 and Italy in 1999. La forza del destino was staged at Dalhalla in Sweden in 2000 and at the Caesarean Festival in 2001, Macbeth at Dalhalla in 2001 and in Chile in 2003, Rigoletto at Dalhalla and at Hedeland in Denmark in 2002.

The following year, productions travelled in two directions: Turandot for a concert performance in Singapore and The Flying Dutchman at Hedeland. In 2004 the visit was to Dalhalla in neighbouring Sweden, with the double billing of Cavalleria rusticana and Pagliacci. In autumn 2006 the Savonlinna Opera Festival took The Horseman and in 2018 Otello to the Bolshoi Theatre in Moscow. In October 2009 – a performance of Verdi’s Macbeth at the Beijing Music Festival and the Savonlinna production of Wagner’s Lohengrin was performed in Hong Kong Arts Festival in 2014.

The Savonlinna Opera Festival has become one of the most illustrious fixtures in the Finnish cultural calendar, and an event of the greatest international significance. Aino Ackté was right: first-class opera in a romantic, medieval castle amid lake scenery of ‘supernatural beauty’ is a unique and hence unforgettable.