The Savonlinna Opera Festival has been shortlisted in the 2022 International Opera Awards in the Festival category. The recipients of the internationally prestigious opera awards will be announced at an awards gala at the Teatro Real in Madrid on 28 November. 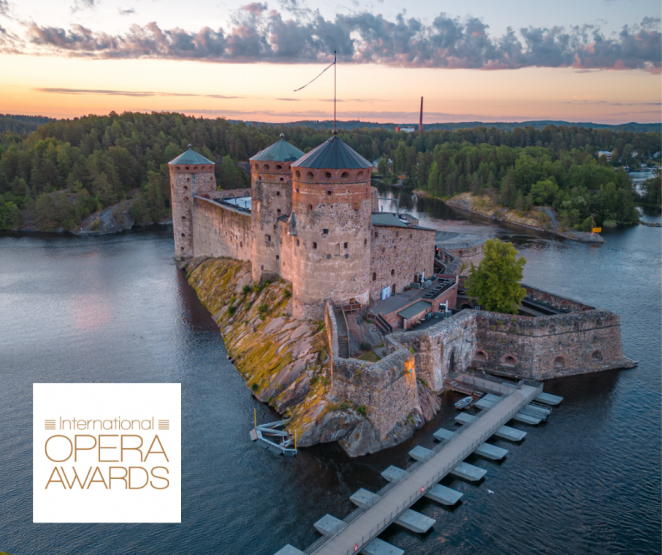 Competing for the award alongside the Savonlinna Opera Festival in the same category are the Donizetti Festival (Bergamo, Italy), Garsington Opera (UK), the George Enescu Festival (Romania), the Leipzig Opera’s Wagner 22 Festival (Germany) and the Santa Fe Opera (USA).

The International Opera Awards nominees are selected from nominations received from around the world through an open public vote. The shortlist is compiled by a jury of international industry professionals chaired by John Allison, editor of Opera magazine.

The International Opera Awards was founded in 2012, and its aims are to raise the profile of opera as an art form, to recognise and reward success in opera and to generate funds to provide bursaries to aspiring talent in opera. Over the past six years, bursaries have been granted to singers, directors, conductors, répétiteurs and accompanists.

The headline sponsor of the International Opera Awards is global audit, accounting and consulting group Mazars.